The Generation-2 movements entered service in 1928 and were used until the end of electrically wound clock production in 1931. They were available in Time-Only (A), Time-Strike (B) and Jewelers Regulator (C) versions, and can be identified by their “round” winding motor, versus the “square” motor used on Generation-1 movements.  The vast majority of Type-A movements used oval 7-jewel platforms, however, there are rare instances where these oval platforms were converted to 11-jewel.  The Type-B movement was available with either an oval 7-jewel or a round 11-jewel platform.  The 11-jewel Type-B models have highly damasked plates and are considered the best movements ever made by Sangamo.  The Type-C movement is Time-Only, but larger than the Type-A and is used only on clocks with a sub-seconds dial.

Servicing a Sangamo Electrically Wound clock movement is broken down into 4 separate jobs.

These instructions will focus on servicing the movement, but all 4 jobs must be completed as instructed to ensure proper operation of the clock.

The following instructions are based on the assumption that the repairer has a working knowledge of basic clock repair techniques.  CAUTION:  Like a French Movement, the pivots are small and need to be well polished.  Bushings must fit closely and be accurately located.  Failure to handle components with care can and will have catastrophic results. 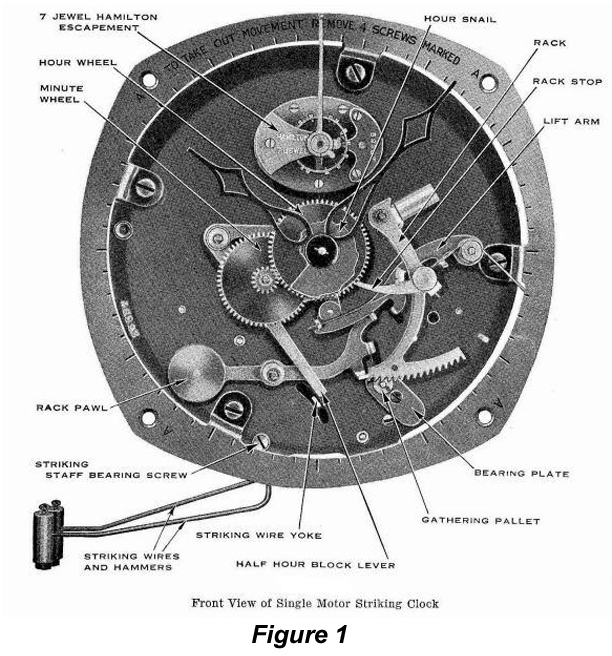 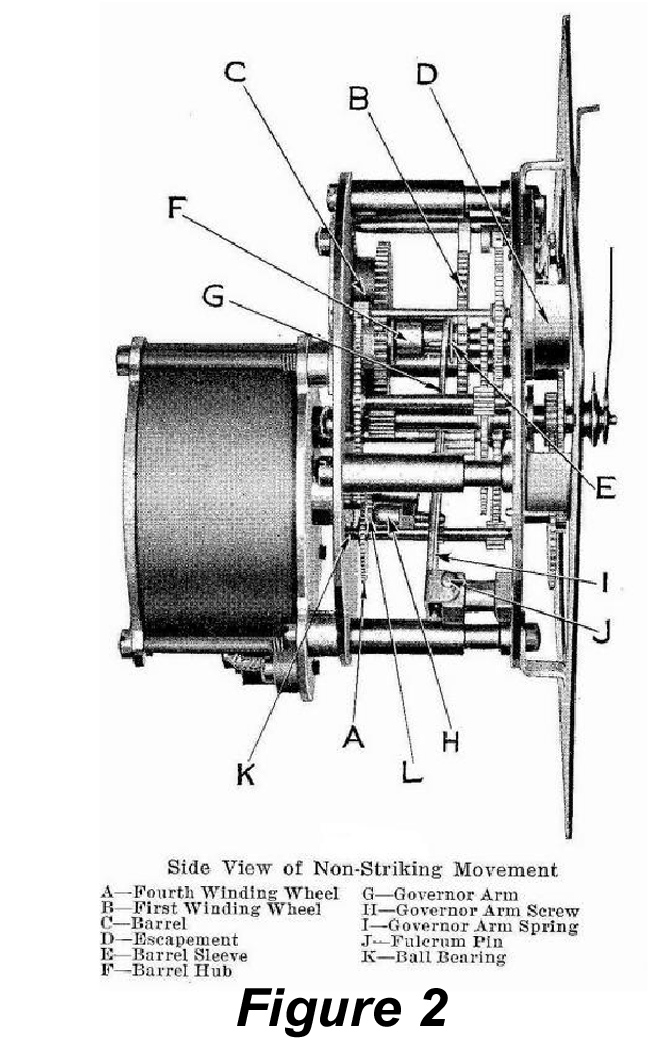 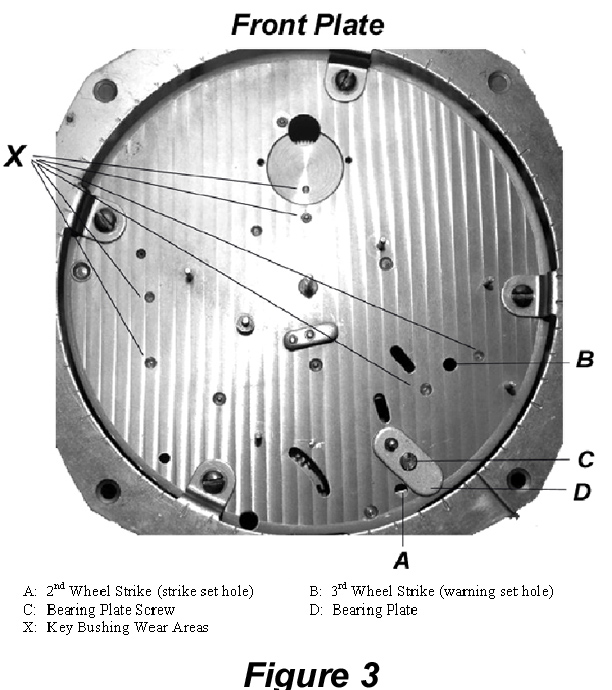 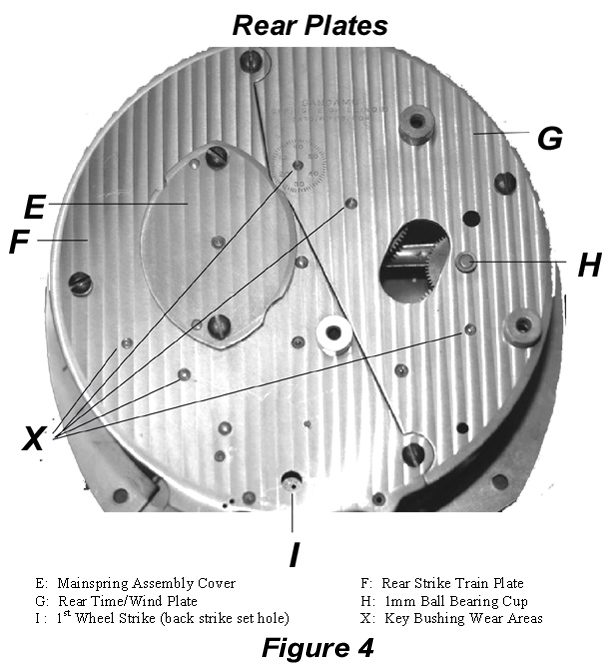 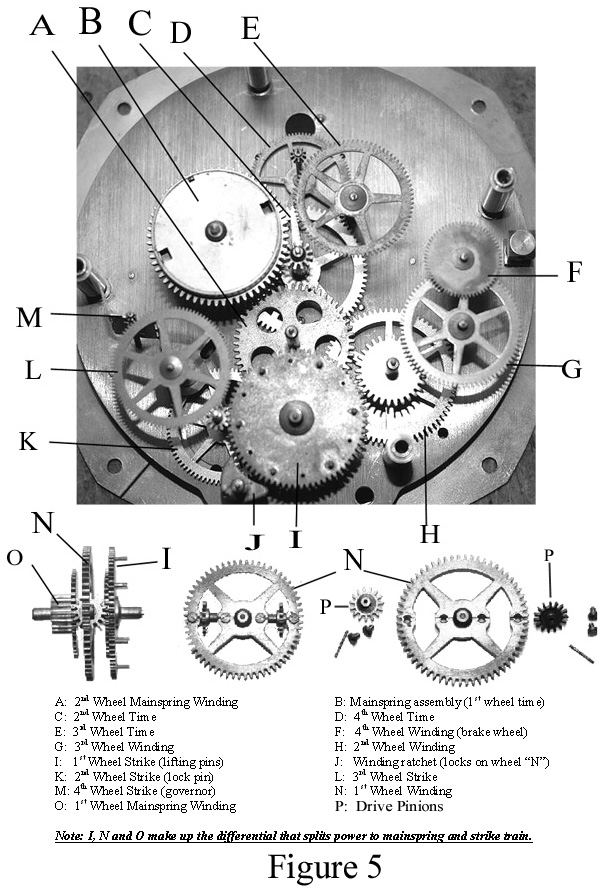 From the FRONT of the movement do the following:
Remove the platform (carefully) and set aside.

From the BACK of the movement:

From the FRONT of the movement do the following:

Note:  Don’t worry about the little pieces of wire holding the levers on.  They will break and will need to be replaced.  Also, make sure you don’t lose the (5) little washers.

From the BACK of the movement do the following: 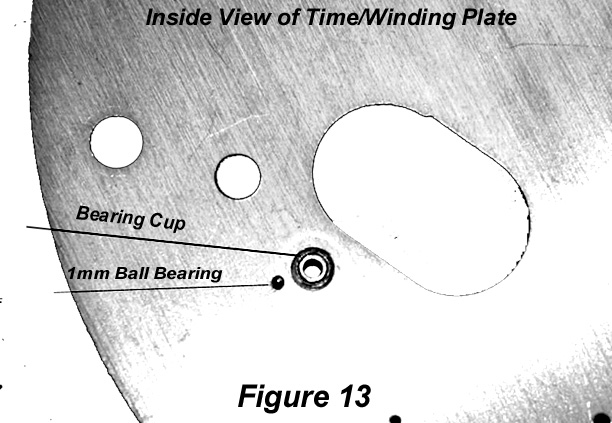 To assembly the movement:

The strike train on Type-L Movement is made in a way that has baffled many Clock Repairmen.  Unlike any other clock, the strike train is designed so that when at rest, the followers for both strike hammers are positioned on top of the lifting pins and the hammers are in the full “raised” (up) position.  This system is designed to allow both hammers to strike on the hour, but only one to fall on the half hour.  It operates as follows:

If the “warning” of the strike train is not set properly the following problem will occur:

Proper Setup of the Strike Train on a Type-L Movement 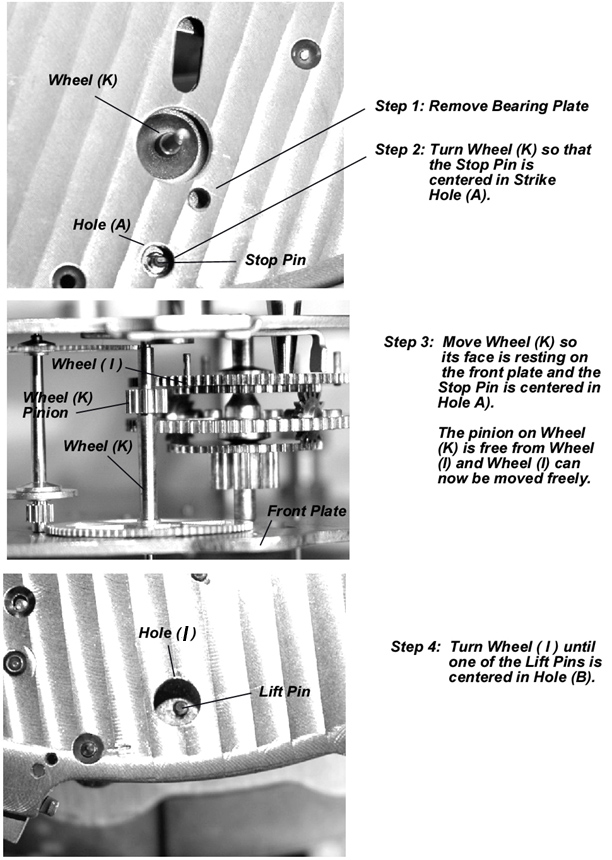 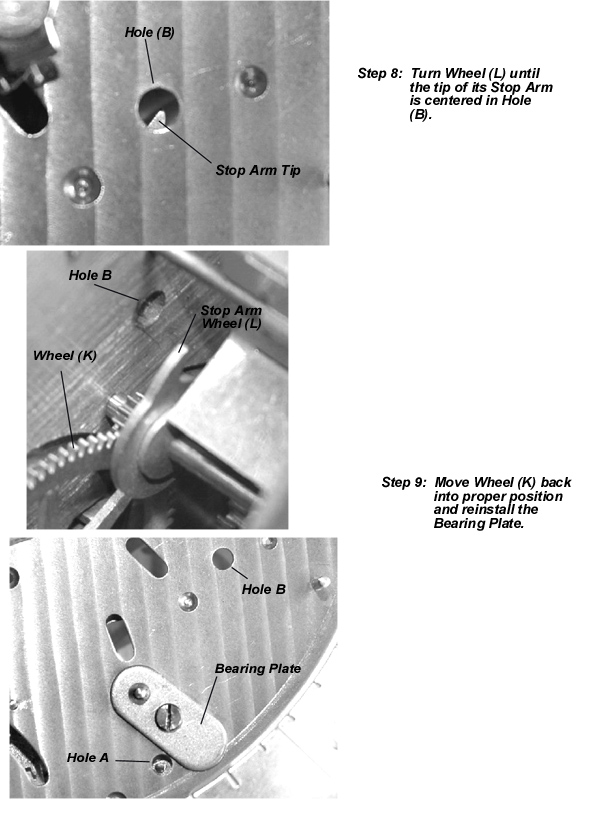 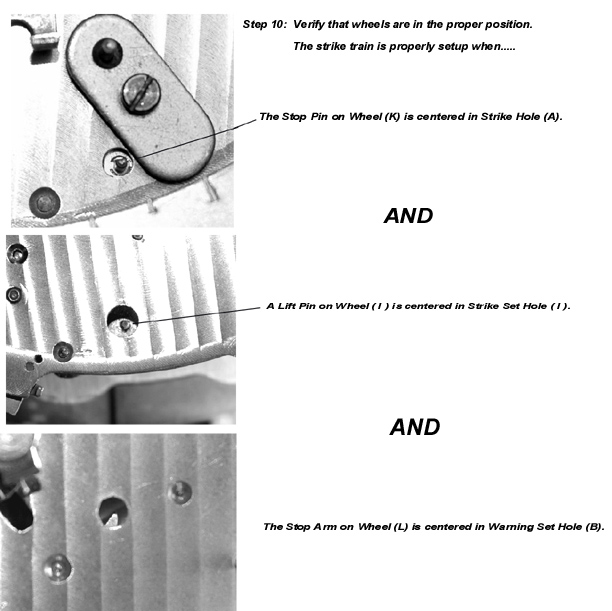 Once the strike train is setup properly you can reinstall all the levers and gears back onto the front of the movement and check operation as follows:

You are now ready to move into the one of the following sections: