There are basically three different types of Sangamo mainspring assemblies depending on when the movement was manufactured.  The very first mainspring assemblies were simple, as there were no mainspring brake system, so no need for a barrel sleeve or guide pins.  These will not be discussed as they were only used on early experimental models and a very small number of early production movements.  If encountered, the following instructions will be sufficient to guide you on proper service.

The design of the Sangamo Mainspring Assembly is relatively simple.

This system keeps the mainspring at a constant and precise tension until there is a power failure, at which time the mainspring supplies the power reserve to keep the clock running.

The parts of the Mainspring Assemblies (Figures 8 through 12) are: 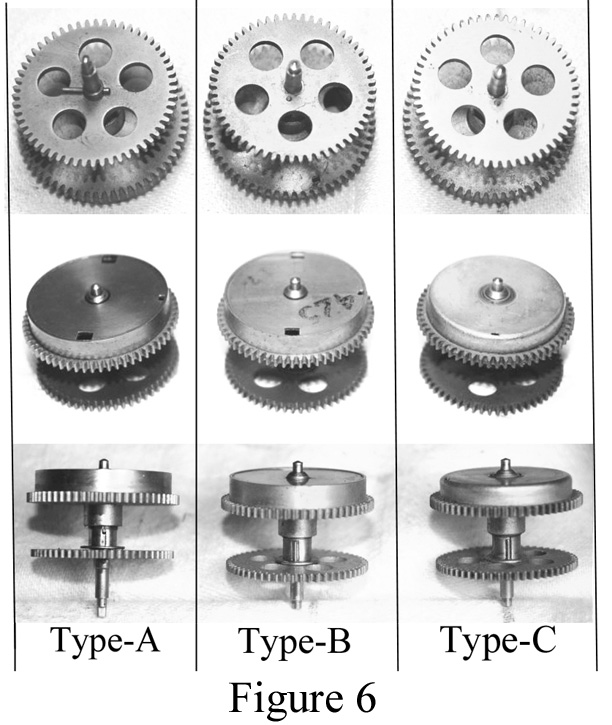 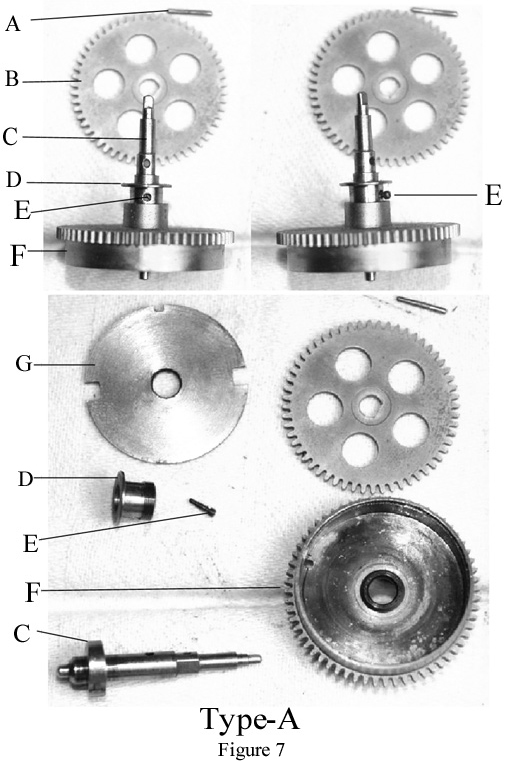 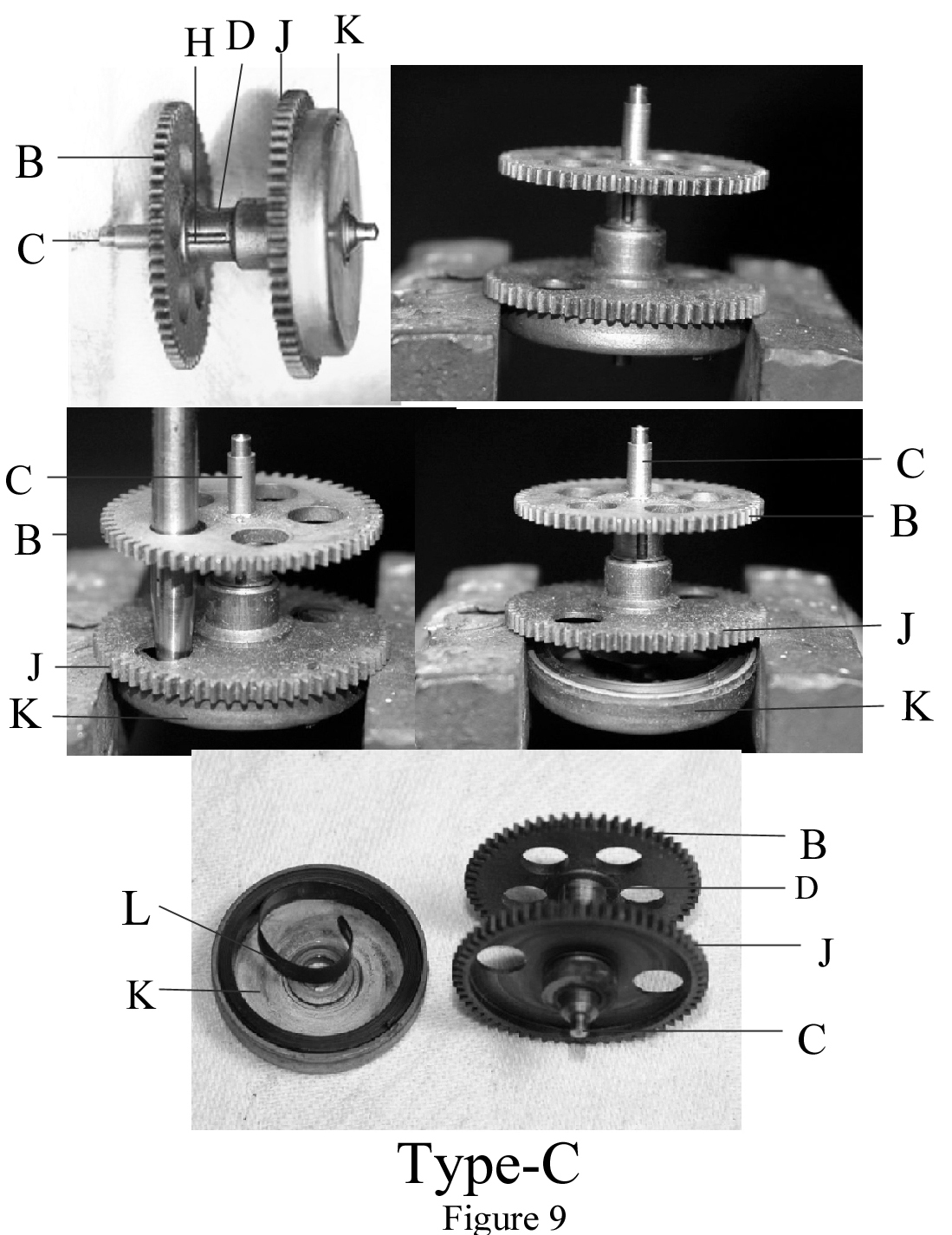 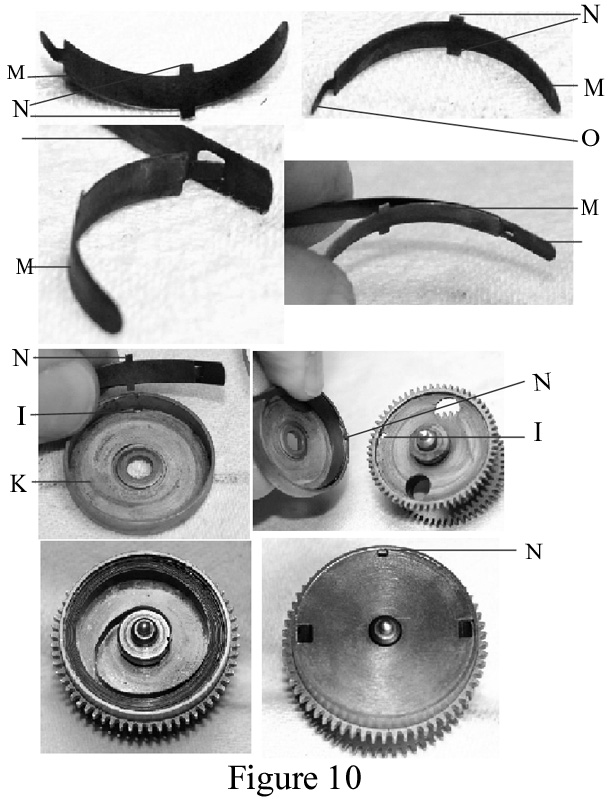 The most common problems you will run into when servicing the Mainspring Assembly are a broken Mainspring, broken or missing Mainspring Attaching Clip or broken Sleeve Screw.  We recommend replacing a Mainspring if it has broken, as experience has shown that it will likely break again.  The specifications for an “original” Sangamo Mainspring area as follows:

Sangamo originally matched Mainsprings to the movement to get the proper amplitude of the balance, however, experience has found that a .0070 Mainspring works very well in all movements and if too strong, the Governor Arm Screw can be adjusted to apply sooner and reduce the effective spring tension.